In our increasingly diverse world, how can we better understand one another? If only we could walk in the shoes of another person, we would learn of their struggles and hopes and difficult choices.

News articles, editorials, blogs, and movies have helped. True. I have gained insights into the lives of people from different ethnic, racial, religious, and socio-economic backgrounds. But they were not enough. I continued to be at a loss to understand those who are different from me.

I have a new obsession: Multicultural fiction and memoirs. Never have I ever grown as much as I have since traveling through these books!

In the novels and memoirs (listed below), I found the medium that allows me to enter other people’s worlds. Not only have I learned about diverse cultures and their traditions, but I have experienced the trauma of civil war, the cruelty of intolerance, the pain of betrayal, the anguish of prejudice, and the loss of a child.

Although I cannot wear someone else’s shoes, books allow me to experience their life. The authors’ writings increase my capacity for empathy. They clarify complex issues. Their stories personalize the conflicts more than facts and news articles.

But, beware. Stepping into someone else’s shoes requires more than a change in footwear. Their emotions, motivations, family, and friends become your own. They change you. For me, the-other-person’s-shoes mold me. Their stories expose hardships beyond the headlines. They transport me to places I would not otherwise be able to venture.

Beware. These books are not cozy mysteries. The violence, language, and inhuman actions will offend. I guarantee it. My sheltered Christian bubble burst time and time again with each new literary journey.

Enrique’s Journey: The Story of a Boy’s Dangerous Odyssey to Reunite with His Mother

Come journey the world with me…

Enrique’s Journey: The Story of a Boy’s Dangerous Odyssey to Reunite with His Mother

With a journalist’s eye for detail and heart for facts, author Sonia Nazario gives an accounting of an unaccompanied, undocumented minor’s journey from Honduras to North Carolina. Her well-researched volume is the result of hundreds of interviews and months of personal experiences to give an intimate look at the risks. She describes the complex issues for the parent who goes north, the children left behind, the now-parenting-again grandparents, and the siren’s call on the child to join his/her parent.

A missionary reaches out to an isolated tribe (the Motilones/Bari people) on the Venezuela/Columbia border. Despite knowledge of their violent culture and little else, Bruce Olson responded to the Lord’s call to go. Years and hardships (including being shot with arrows) followed. Through persistence and respect of their traditions, Olson finds acceptance in the tribe. Only through his understanding of their culture is he able to effectively invite the people to walk the trail of life’s journey with Jesus.

A semi-autobiographical young adult novel about a Native American boy from Wellpinit Reservation and his life-changing decision to attend Reardan High School. Several mature themes run through the book including alcoholism, poverty, sex, and death. Sherman Alexi gives an unapologetic and non-glossy look at the challenges of indigenous Americans who live on reservations.

A memoir of two men, both named Wes Moore. They were both born in Baltimore (a few streets from one another) but lived very different lives. One became a Rhodes Scholar and business man; the other is a felon in prison for life. This true story narrates through their lives, revealing critical choices that changed the trajectory of each Wes’ life. The book tells their stories as separate story lines until the two Wes Moores meet. A profound telling of possibilities lost.

The Hate U Give (Angie Thomas, HarperCollins, 2017)

A gut-wrenching novel of the loss a 16-year-old girl experienced one tragic night. Starr struggled living between her poor inner-city neighborhood and the suburban private school her family sacrificed for her to attend. Then tragedy strikes. Her friend dies in her arms after being shot by a police officer. The author portrays racism, poverty, and violence from the point of view of a teenage girl. She drew me into the story despite the sometimes vulgar language and experiences most unlike my own. I felt Starr’s anger, the injustice of a life lost, the futility in poverty, the passionate love of a parent, and the need for change.

Same Kind of Different as Me: A Modern-Day Slave, an International Art Dealer, and the Unlikely Woman Who Bound Them Together (Ron Hall and Denver Moore, Thomas Nelson publishers, 2006)
True story of two very different men whose lives intersect. A new journey of faith, understanding, and friendship evolves. One man is homeless, the other is a wealthy businessmen. Prejudice and misperceptions about race, wealth, and privilege must be overcome, however, before fulfilling the dying wish of the businessman’s wife. Walk with these men as they forge a relationship that neither expected to develop.

Under the Overpass: A Journey of Faith on the Streets of America (Mike Yankoski, Multnomah 2005)

Two friends stepped out of their comfortable, suburban life to experience homelessness in six US cities. Although their experience was poverty-by-choice, Mike and Sam still faced the violence, hunger, injustice, and loneliness of people who live on the street (and in the woods) today. This account of their journey exposes the realities of the most vulnerable people — especially those with mental health diagnoses — in our communities.

A Long Way Gone: Memoirs of a Boy Soldier (Ishmael Beah, Sarah Crichton Books; April 2007)
Memoir of a young boy who survived the civil war in Sierra Leone. Ishmael recounts his escape from the initial attack on his village, the repeated near-miss encounters with the rebels, and then into his final drafting as a child soldier in the government’s army. The violence and exposure to death brought deep trauma into Ishmael’s life. A Long Way Gone is an important resource about the tragedy of child soldiers that continues over and over around the world even today.

Set in the 1960s, The Poisonwood Bible is a novel about a missionary family who moved to the Belgian Congo. Tragedy, culture clashes, and intentions gone bad arise each chapter. Although not a book of biblical truths, the fictional account demonstrated the harm and arrogance of a western worldview of Christianity imposed in a non-western context. Kingsolver’s book is a valuable read for all who serve cross-culturally.

The Spirit Catches You and You Fall Down: A Hmong Child, Her American Doctors, and the Collision of Two Cultures (Anne Fadiman; Farrar, Straus, Giroux, 1998)
An unlikely Hmong child becomes the center for the collision of cultures. Author Anne Fadiman explores the history of the Hmong from hundreds of years ago to their critical support for the US troops in Vietnam to the present day. She personalizes the story by focusing on the medical problems of one child and her family. This true story details the years of misunderstandings and resulting loss despite everyone’s best intentions.

Peace Child (Don Richardson, 1975; reprint Bethany House, 2005)
Memoir of a missionary family who moved to (then) Dutch New Guinea to share Christ with cannibalistic, head-hunting tribes. Violence, disease, and primitive living were constant companions. Regardless, Don and Carol Richardson worked hard to learn the language and traditions of the tribes, eventually earning friendship among the people. Peace Child is a beautiful example of the power of the Gospel contextualized within a non-western culture.

Chasing the Dragon (Jackie Pullinger, Chosen Books, first published 1980)
A young British woman stepped out in faith to serve the addicts and prostitutes in the Walled City of Hong Kong. She obeyed the Lord’s call to share Jesus amidst the violence and crime and shame. Jackie Pullinger’s descriptions of people and events drew me into the middle of the darkness. She detailed the miraculous movement of God from the first believer to the ongoing ministry that now stretches well beyond the walls of the city.

The Kite Runner (Khaled Hosseini , Riverhead Books, 2003)
Through the friendship of a wealthy boy and the son of the family servant, Hosseini paints a portrait of Afghan village life at a time when the country is undergoing profound change. Family and cultural traditions — including foods, relationships, holidays and more — emerge in the twists and turns of the plot. The novel touches on political, religious, and ethnic tensions throughout its pages. The glimpse into pre-war Afghanistan helps inform our understanding of the country today.

The White Tiger: A Novel (Aravind Adiga, Free Press Publisher, 2008)
This internationally-acclaimed novel reveals the Indian caste system through the eyes of a lowly servant. Balram’s ambition to move beyond the lowest caste motivates his decisions. Morals and consequences matter little on his journey. Adiga’s novel describes the poverty and corruption that runs parallel to a society on the brink of modernity. 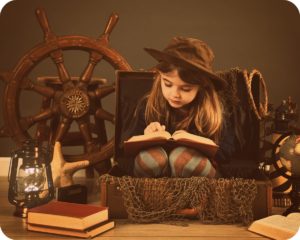 These books created a new listening space for me. I developed new ears to hear as I cared deeply for the people in the books, both the fictional and the real people. The extraordinary writing drew me in. The diverse characters and unlikely locations took me into places I could never physically travel.

You, too, will feel part of their stories as you turn the pages. Then after closing the back cover, maybe you will be like me and go to your computer to search on the main character, the issues raised, or the author. I continued to learn. I continue to grow.

Reading reduces the cultural canyons. Won’t you wade with me?

What books do you recommend?