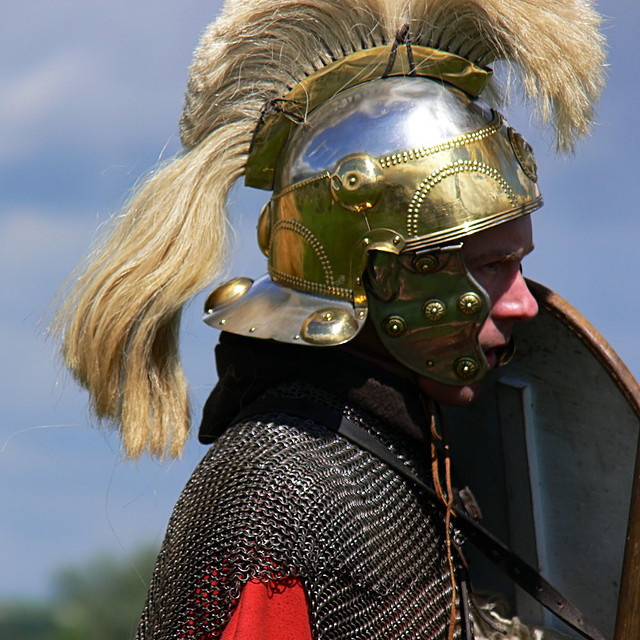 A day in the life of a Roman Guard. Influenced.

Life as a Roman guard had its perks. They lived in the middle class working group, receiving pay and housing and some status.

The guards took their job of protecting the community quite seriously. They were responsible for people who committed crimes against the others and the state. Even to the extent that if a prisoner escaped … the guard had to undertake the prisoner’s punishment. Strong motivation for excellence in the workplace!

The guards in Philippi lived on the outskirts of the Roman empire and on the shores of the Mediterranean Sea. Waters lapping the port offered a gentle and soothing sound to all who listened. Many went to the shore to pray.

Brutus was a Roman guard. He used to be a soldier but the last injury sent him off the battlefield. Soon-to-be retired and formerly injured soldiers were often sent to the empires’ outposts to maintain order. Brutus and his colleagues were fiercely loyal to the emperor, defending the Roman system and carrying out its laws.

Brutus had grown accustomed to the port city. He and his family lived in a modest home.  They had food and clothing. A good standard of living, enough for some of his extended family to also live with them. He was proud to care for many relatives on his soldiers pay. He was proud to wear the Roman soldier’s uniform.

The merchant Lydia, however, was making him uneasy. So wealthy and well-known among the Philippian citizens, she had fallen under the influence of the new arrivals.  rutus had not learned their names, but they were drawing people away from the emperor. A cause of concern for Brutus. He hoped the governor was aware.

On his way to work at the prison one day, Brutus passed a disturbing scene. A business man was screaming obscenities and dragging a young girl.

“You have ruined my business!!!” He yelled pointing at two men. Brutus recognized them as the outsiders under whom Lydia came under the influence.  “You will pay!!”

The business man was grossly overweight. His face turned purple as he spewed words. Crowds started to gather. People listened as he accused the outsiders of interfering in the matters of the city.

Although interested in the happenings, Brutus moved on to get to work.

He arrived at the prison. He relieved the day shift and settled in for the late afternoon and night shift. It was dreary place, actually. Brutus walked through the dirt hallways, occasionally touching the cold stone walls as he passed by. He checked on the prisoners. Quite a few these days — thieves and murderers. After finishing his rounds, Brutus returned to his primary post: the entrance of the prison. He stood tall and still. His hand moved unconsciously to his side. His final check…his sword. He kept it sharp. It had seen many battles and had saved his life many times.

Suddenly the streets burst with angry arguments. Soldiers were dragging two men toward Brutus. A growing crowd pushed and yelled behind them.  It was the two outsiders from the marketplace…and the same business man was still yelling!!

Brutus could make out bits of the shouting. Apparently, the outsiders used their power to make a spirit leave the young slave girl. She stopped her fortune-telling and stopped being able to earn money for her “boss” … the yelling, obese businessman.

He continued his loud protests. “These men are Jews. They are outsiders. They are throwing our city into an uproar by advocating customs unlawful for us Romans to accept or practice.”

The crowds joined in with great vigor and anger. They passed by the prison on the way to the magistrates’ office. Brutus shifted his eyes as they disappeared into the government building. The businessman had great influence in the town.

It must have been a uncontested trial because they were back outside rather quickly. The two outsiders were stripped and beaten. Brutus couldn’t help but feel proud. People cannot just come in and disrupt the order of their city. New religions are not welcome. Brutus did not flinch one muscle as he watched the outsiders being severely flogged. The businessman looked on with satisfaction. He had swayed the whole town and the magistrate.

The soldiers dragged the two outsiders to Brutus. “These men are to be heavily guarded. Let no one enter.” Brutus took custody of the bleeding and beaten men…

(continued on Who are you influencing? Part 2)