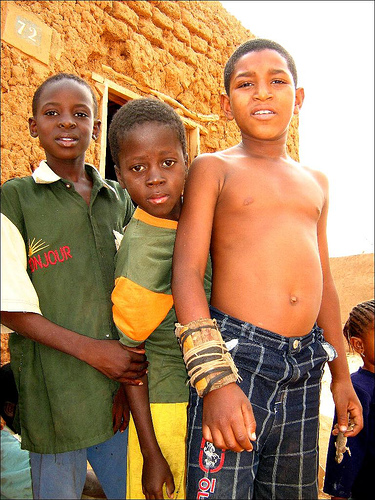 While most of us live comfortably, orphans of AIDS, wars and poverty suffer. Their stories are often lost amidst other urgent global crises. Here, blended from several sources, is Roy’s story … a fictional account of a child living in urban Africa…

It hasn’t always been this bad. Things started out ok. Actually, it was all good out here on the street at first.

I could go anywhere I wanted. Didn’t have to ask no one nothing. No one told me what to do or where to go. No one yelled at me. It was kinda quiet even.

I didn’t get beatings anymore. Where I used to live, if I didn’t get the chores done in time, my uncle would hit me. He had a leather strap like a belt. Sometimes he’d been drinking and I don’t think he realized how hard he hit me. It made my skin bleed though.

It’s real hard to care for your mama when she’s sick. You know … feed her, clean her up when she can’t get up and pee no more. Her letting me do all that stuff probably killed her sooner.

When I first got to the street, I could eat anything I wanted, when I wanted. Well, sort of. I ate what the other people didn’t want. There’s actually some good food that the bars and the stores throw away. As long as I was there right after they tossed it, I could have my fill. Eat anything I wanted.

When I first got to the street, I could go to sleep whenever I wanted too. When I was tired I just lay down and slept. At my old home, my uncle would get me to do stuff no matter if it was real late – you know, go give someone a message, take something to someone, fetch something, clean something. But I could sleep anytime I wanted when I got to the street.

I made friends on the street. Actually it was my friends, James and Moses who talked me into leaving my uncle’s house. He’s probably pretty mad. He used to complain about me, his orphan nephew, but it would shame him to not take me in. But I don’t care. I couldn’t take the beatings anymore. James says that’s why my hair is falling out.

I left in November. That’s summer and the dry season begins. We walked to the creek for a bit of water and there’s a well on the edge of town. Yeah, it was good… at first.