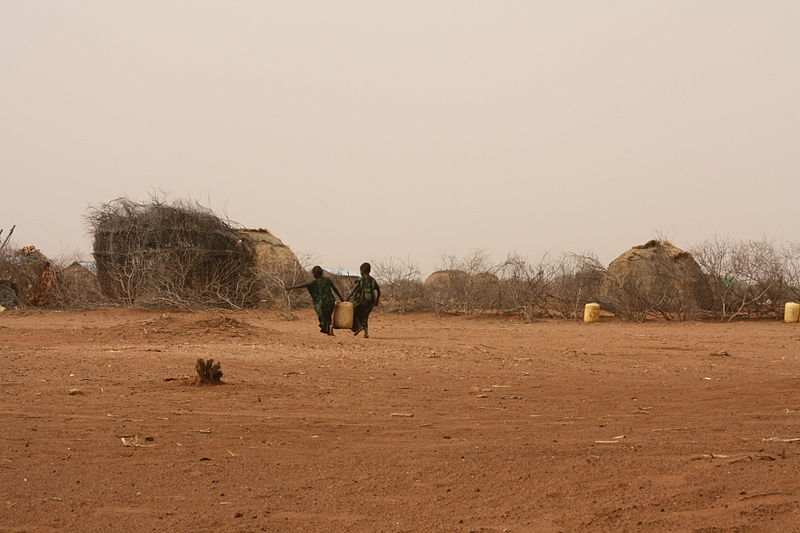 My sister died on a Wednesday, I think.

Not long after … her husband passed away. He died on a Wednesday, too. Isn’t that odd?

Yes, death has always been a part of my life.

I decided to leave my sister’s village and go back home to Mama’s. Maybe we could do better all together. With my nephews and niece, we could grow crops again. I had money for seeds.

We started walking. Two days later we arrived but I hardly recognized Mama. Leaning on a walking stick, she shuffled out to embrace us. Tears streamed down her sunken cheeks. Her thin arms lacked the strength that I remembered. She was sick.

I didn’t recognize our land either. Three mud-brick huts were built where our crops used to grow. Mama didn’t exactly know when the first hut went up. She said the other two had quickly followed. Nobody paid for the land they now squatted on. And, the elders in the village did nothing to run them off our property.

We no longer have land to grow more than a few plants. But Mama didn’t seem to notice.

She died three weeks later. I was glad to be there for her last days. I’d learned real good how to take care of someone who was dying.

One of the men in the mud brick huts wanted to marry my niece, Linn. They didn’t want me ‘cause all the youngin’s came with me like a package. But Linn was only ten. He only wanted her to be his servant. His first wife died from some sickness. He had a couple little children too. But I did’t want Linn to live like that.

A couple weeks ago, my chest started hurting. Then I got the sweats. The chest pain became real bad. I went to the public clinic for medicines. They took my blood and did some tests. I had tuberculosis. I told them I didn’t have much money. They gave the pills to me, but told me I had to buy the next ones.

I don’t want to die.  Who would take care of James, Rolan, and Linn?

I had to sell my body again to get money and medicine. Such shame. Guilt.

Sometimes I used the money to buy food, skipping the pills. I also couldn’t look after the children so good.

My nephews came into a bad bunch.  The oldest one, James, didn’t always come home every night. Linn got all our water and begged on the street. I hated that. Mama would not like what had become of her girls.

I’m still sick. The doctors now tell me that I have the HIV/AIDS. I don’t have money for the medicines for that. They are real expensive. I guess I’ll be my own patient.

James, the oldest boy took off. A week passed. His brother and sister figured that he would not be returning.

The government found relatives for the now orphaned Rolan and Linn. As the car drove them away from their grandmother’s home, Linn watched two men fighting over the now abandoned house.

Rolan and Linn were dropped off at a distant cousin’s house.  He had a wife and four kids.

The following year was a difficult one. Rolan and Linn were sent to do chores while the family ate. They would eat when everyone else had their fill. Sometimes nothing was left.  Because there was no room in the tiny house, they slept on a small mat by the front door.

There were a lot of chores to do – water to carry and clothes to wash. The water well was on the far side of the village. If they didn’t complete the chores on time, their cousin would beat them with an electrical cord.

Although he didn’t have the means to care for the two young orphans, he would not take them to the orphanage. It’s a shameful thing to not take care of a relative. He felt the societal pressure to do what he could for Rolan and Linn. He was a good man.  Really.